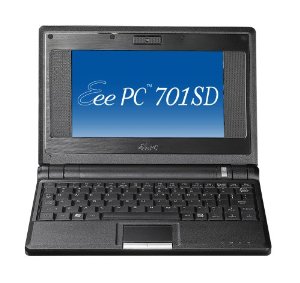 When my old Dell laptop died, I naturally fell back to using my EeePC. Now I’ve been using my EeePC for about six months now, and a very happy user I have been. When I first bought it, I visited eeeuser.com to enable me to add icons to the easy mode interface, so that I could add openvpn and NoMachine NX for connecting to our LTSP server. Once done I had an ideal machine for taking notes and doing occasional server admin from the shell, and even connect to our LTSP server via VPN.

So now my old Dell laptop has died, and without warning my eeepc has been promoted to primary laptop. So of course I wanted to bring it all up-to-date, I went into the upgrade option and saw that there were several upgrades waiting, which I duly installed. This whole process felt scarily reminiscent of Windows Update… Sure enough my custom icons had all disappeared, but fortunately I had anticipated this and had taken a backup of the simpleui.rc. But the problem went deeper than that, I found that Xandros had changed the whole file structure, and even when I found the new locations for the simpleue.rc file, my custom icons were simply ignored.

Some Googling “eeepc lost icons” found that I was not alone, but there was seemingly no fix for the problem (I think solutions have since been discovered). In any case, I was by now feeling pretty fed up with such a non-standard system, so decided to leave Xandros and go to a standard Debian distro… more on this in due course.